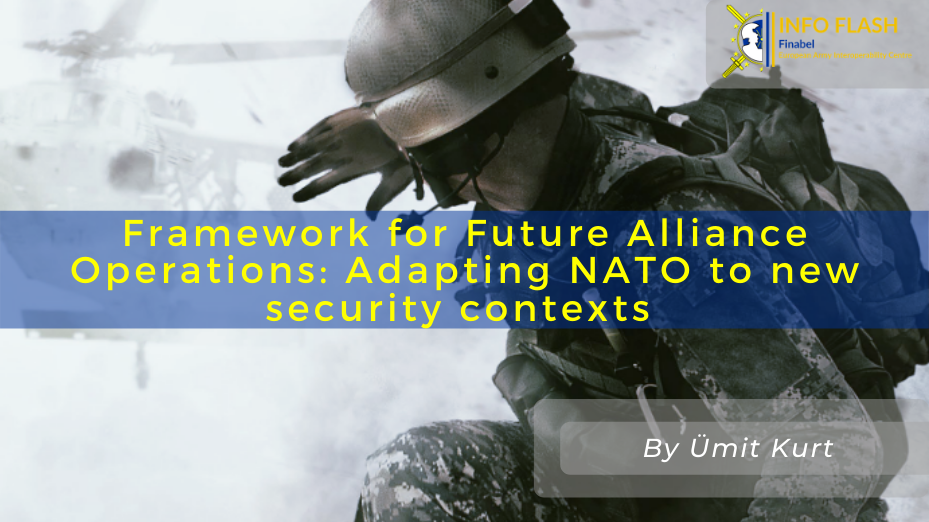 How do International Organisations (IOs) react to the new wave of complex challenges in their security environment? In particular, how will NATO react to remain relevant today and prepare for the future? The key possible ways to respond are adaptation (adjusting to differences), aggregation (overcoming differences), arbitrage (exploring differences) (Johnston, 2017; Ghemawat, 2008) or, as has been preferred by NATO, transformation.

The question is particularly pertinent for linchpin organisations like NATO, which carry substantial political and security roles. For almost 70 years, NATO has helped provide security and stability in an often insecure and unstable world. NATO itself foresees that it will remain the key security alliance for the Euro-Atlantic region for the foreseeable future (NATO ACT, 2017: 24). The rapidly changing, complex security environment will continue to be the main driver for NATO’s adaptation efforts (NATO ACT, 2017: 3).

On June 8, the NATO Secretary-General Jens Stoltenberg laid out his plans for a new period of reflection on the Alliance’s mission and structure over the next ten years, to answer the question asked at the beginning. Stoltenberg said that the ongoing COVID-19 pandemic had accentuated specific security threats to the Allies, including the “unabated” Russian military activity, the spread of propaganda and disinformation, and the disruptive ascendance of China. In this context, Stoltenberg held that NATO “must stay strong militarily, be more united politically, and take a broader approach globally” (NATO, 2020).

For the Alliance to remain militarily strong, the armed forces of the Allies must transform by developing their capability to address the new kinds of “instability situations” (NATO ACT, 2018:21) in the security environment. As its core task, ACT promotes and leads many initiatives designed to transform NATO’s military structure, its forces, capabilities and doctrine to respond to potential risks, and take advantage of opportunities that arise from the so-called ‘new normal’ for the foreseeable future, through 2035 and beyond (NATO ACT, 2017:3).

The central idea for this transformation recommended by the Strategic Commanders (Bi-SCs) is as follows: “To keep the military edge and prevail in future operations, NATO forces must continually evolve, adapt, and innovate and be credible, networked, aware, agile, and resilient” (NATO ACT, 2018:21).  This central idea that guides the transformation of the military, the centre of the gravity of NATO, is putting its light on all kinds of military transformation efforts.

The core of NATO’s transformation efforts is the ACT’s Long-Term Military Transformation (LTMT) programme. The programme aims to prepare the Alliance for the future security environment through an analysis of future challenges, opportunities and trends that have military implications for the Allies and provides recommendations for how NATO forces can address these challenges (NATO, 2019).

Within the LTMT programme, every four years, ACT conducts a comprehensive review of the global security environment and describes it in two visionary documents. The first visionary document is the Strategic Foresight Analysis (SFA) and the second one is the Framework for Future Alliance Operations (FFAO) (NATO, 2019).

The Strategic Foresight Analysis (SFA) is the initial phase of the ongoing LTMT efforts at ACT. It sets the intellectual foundation for a follow-on report, the Framework for Future Alliance Operations (FFAO). The SFA report aims to identify future global trends and to derive potential military implications for the Alliance (NATO, 2019).

The ACT holds conferences and workshops in the US and Europe, bringing together the Allied nations, the Allied Command Operations, NATO Centers of Excellence, and other key stakeholders such as members of academia and industry. The FFAO is a product of these combined and collaborated efforts. The FFAO documents aim to support the NATO Defense Planning Process (NDPP) by offering military advice concerning the long-term future.

The SFA from 2017 highlighted security threats related to political, human, technological, economic and environmental factors. It found that “polari[s]ation within and between states, power politics and competition between major powers” had contributed to the potential for instability (NATO ACT, 2017: 3). Other factors emphasised by the document include hybrid and cyber tools used by state and non-state actors, organised crime, climate change, and economic instability (NATO ACT, 2017: 3).

Building on the SFA report, the 2018 FFAO considered “the changing nature of war and character of conflict, possible instability situations, legal and ethical questions, and opportunities” (NATO ACT, 2018: 6). Topics emphasised in the document included “nuclear issues, terrorism, human capital, mission command, cross-domain operations and effects, full-spectrum cyberspace operations and space issues, and new disruptive technologies including artificial intelligence as a game-changer” (NATO ACT, 2018: 6). The report finds that NATO military forces will need to apply the existing tenets of the law of armed conflict in new contexts, including emerging areas of ethical concern such as human enhancement, cyber warfare, automation and artificial intelligence, and the blurring lines between combatants and non-combatants.

As ever, the challenges are “greater than any [NATO member] can tackle alone”, as Jens Stoltenberg put it in his 8 June speech. As a consequence, NATO will need to continue reviewing its capabilities – in other words, NATO will continue undergoing significant change as an organisation, as it has done with some regularity throughout its history. Indeed, the scale and frequency of changes is something that distinguishes NATO from many other international institutions (Johnston, 2017:1).

Overall, the future security environment through 2035 and beyond will likely be increasingly complex and present both challenges and opportunities to NATO’s military forces. A wide variety of drivers could lead to instability situations resulting in the Alliance’s decision to employ military forces. The FFAO reports exemplify the efforts focusing on the transformation of NATO’s military capacity at the service of the organisation’s core tasks of collective defence, cooperative security and crisis management.

The Main Battle Tank Project: A Bearer of Interoperability for a Coherent European Defence