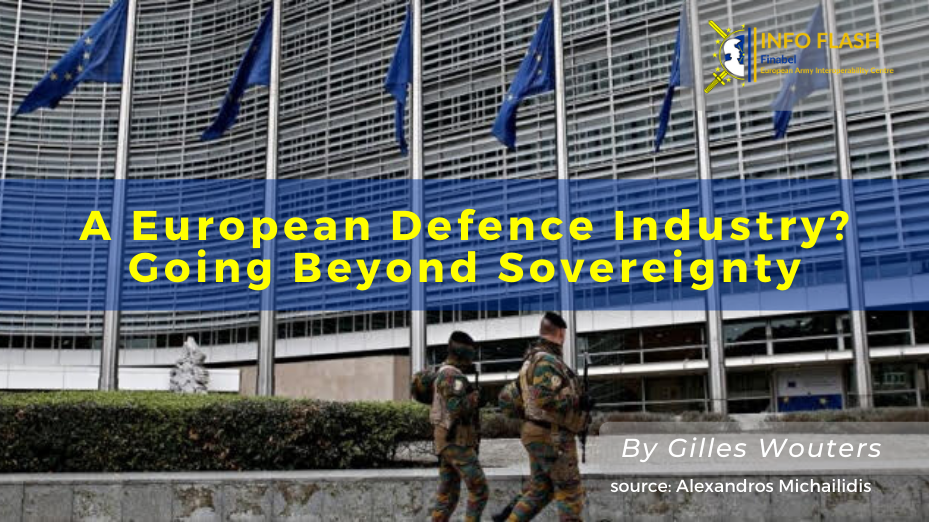 During a conference on the CaMo project at Egmont Palace, in February 2019, Col. Claessen declared that “there are very few mechanisms to buy European”, while it is easy for a country to buy equipment to the United States. In 2016 already, Jean-Claude Juncker highlighted the problem: “we Europeans spend 200 billion euros on defence but we have only 12-15% of the Americans’ efficiency because we have too much duplicates and not enough interoperability” (Juncker, 2016). Fabio Liberti, Director of Research at IRIS (I​ nstitut de Recherche sur les Relations Internationales et Stratégiques – Strategic and International Relations Institute) hammered the nail into Member States who are protecting their national industries out of concern for being independent and to protect skilled jobs, [which results in] major redundancies. (​…) Everything seems to indicate that, based on equal spending, every euro spent in Europe on defence is less effective than the equivalent euro spent in the US” (Liberti, 2011, p. 18). There are 178 weapon systems in the Union (30 in the United States), almost 20 different types of armoured vehicles, three types of fighter aircrafts, etc. Of the 227 billion euros spent in 2017 by all European armies, the “non-Europe” cost amounts to an estimated 25 billion euros (Leymarie, 2019). There are four EU planning tools for developing defence programmes, which sometimes overlap with one another and contradict themselves (European Court of Auditors, 2019, p. 58). All these factors demonstrate that the defence sector is inefficient, focused on national rather than European priorities, but they do not fully explain how and why we are facing a European defence decay. To understand the inefficiency of the numerous national defence industries as well as the near-absence of a “buy European” mechanism, one must come back in time to examine the failure of the ECD.

It is widely accepted that the rebuttal of the ECD can be explained by Member States’ willingness to preserve their national sovereignty. However, Member States went even further. As Liberti explains, “during the drafting of the Rome Treaty, Article 2235 explicitly excluded armament activities related to production, sale and acquisition from the European community integration process. Throughout the process of continental integration, this provision was to present a formidable barrier to the ‘Europeanisation’ of the production of armaments, facilitating the development of ‘watertight’ national industrial subsidiaries that suited strictly national logics”

(Liberti, 2011, p. 6). Member States have thus linked preventing the emergence of a european defence industry to their sacred sovereignty principle. The European Union has tried to overcome and deconstruct this link through the actions of two institutions which have tried to foster the development of a industrial and technological base for European defence (often referred to as BITDE). The first is the European Defence Agency – through numerous projects of different sizes ; and the second is European Commission – through various proposals aiming to open the European market. As André Dumoulin explains in a book co-authored with Federica Mogherini, “these two different paths have not always been a great success. But they have had a two-fold effect: they have introduced the concept of military and defence issues into the communitarian construction (…); they have brought a communitarian dynamic to a defence sector hitherto trapped in the narrow confines of national sovereignties” (Dumoulin & Gros-Verheyde, 2017, p. 404). BITDE’s development has seen stagnation due to economical constraints which have slowed investment in new defence technologies (Banks, 2020; Dumoulin et al., 2017, p. 405). In fact, defence spending in NATO countries has been on the decline since the start of the 2000s: from 3.2% of the GDP in the 1985-1989 period to 2.1% in the 2000s (Dumoulin, 2017, p. 406).

It was in 2007 that the European Commission presented the idea of a “defence pack” (containing two legislative proposals that were implemented in 2009), whose core objective was to allow for economies of scale between defence budgets, thus stepping for the first time in a domain that was considered to be the Member States’ holy grounds. indeed, Member States had been hiding for years behind the exemption written in Article 346 of the Treaty on the Functioning of the European Union. This article states that:

1. The provisions of the Treaties shall not preclude the application of the following rules:

(a) no Member State shall be obliged to supply information the disclosure of which it considers contrary to the essential interests of its security;

b) any Member State ​may take such measures as it considers necessary for the protection of the essential interests of its security which are connected with the production of or trade in arms, munitions and war material​; such measures shall not adversely affect the conditions of competition in the internal market regarding products which are not intended for specifically military purposes.

As of November 2019, most major defence contracts have been awarded without an EU-wide tender (Dumoulin, 2017, p. 410; Besch, 2019). But with the advent of pressing geostrategic issues these past few years, Member States have all agreed upon the urgency to massively reinvest in defence among “calls​ for the EU to play a greater role​” (Besch, 2019).

The establishment of the European Defense Fund – with its seven-year 13-billion budget (2021-2027) – is supposed to bolster defence research. The EU has agreed to a range of new tools and instruments to boost European Security and Defence (European External Action Service, 2018) and has also established a new ​Directorate-General for the defence industry and space, headed by Thierry Breton. The New DG “has been told to build an open and competitive European defence equipment market by enforcing EU procurement rules on defence; and to implement plans to increase military mobility. (…) He will have to deal with Member States that fiercely guard their national interests, industries, and export deals, and disagree about how to cooperate with third countries, especially the US” (Besch, 2019). In these diplomatic struggles, President Macron has drawn first, denouncing President Trump’s use of NATO as “a commercial project (…), ​a sort of geopolitical umbrella, but the trade-off is that there has to be commercial exclusivity, it’s an arrangement for buying American products” (The Economist, November 2019), which impedes Europe’s potential for interoperability. The EU will thus have to reinforce its links with NATO, as well as the links between NATO and the European military industry while keeping diplomatic relations afloat. This is besides the profound changes that the Covid-19 pandemic will have on the EU Member states and the subsequent budgetary concerns that will possibly affect defence spending. It might be time to ask if Europe can take a role in the defence sector to lessen the burden on the member states.

Liberti, F. (2011). “Defence spending in Europe: Can we do better without spending more?” Brussels: Notre Europe.

The Economist. (2019). “Emmanuel Macron in his own words: The French president interview with the Economist”, published on November 7, 2019. Available at:

Speech by President Jean-Claude Juncker at the European Parliament Plenary Session ahead of the European Council of 15 December 2016, SPEECH Document 16/4390. Available at: https://ec.europa.eu/commission/presscorner/detail/en/SPEECH_16_4390 [last accessed on February 22, 2019].