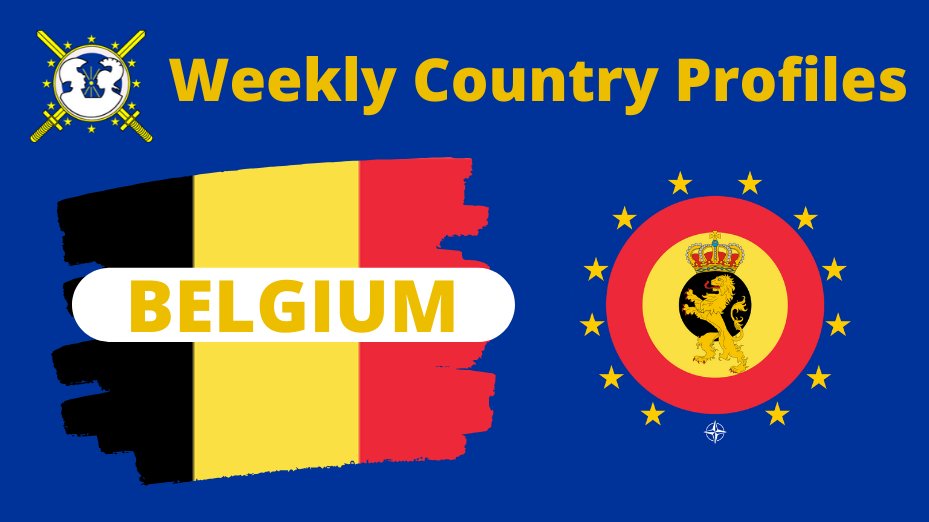 The Land Component is the largest in terms of numbers. It is made up of two brigades and over 35 units. 10,500 men and women work there, whose mission is to prepare and train for overseas and international operations. The Land Component permanently sends hundreds of soldiers to participate in the NATO coalition in the Baltic countries, support in Afghanistan, in Iraq, support in Mali, participation in various African countries. The land forces also offer support to the national population and thus ensure national defence and security. Their slogan is: With people, amongst people and for the people,  because its soldiers are always in the field and at the heart of conflicts. They are in direct contact with civilians.

The Navy ships of the Belgian Marine are active all over the world. From a patrol ship to a frigate, from the Belgian inland waterways over the Baltic Sea to the Indian Ocean: their versatile Navy capacity can count on competence and recognition.

The flagships, the frigates Leopold I and Louise-Marie, command an experienced fleet of minehunters, a command and support vessel, a training vessel and an oceanographic research vessel.

In recent years the frigates have proven their professionalism during the European operation Atlanta. They helped protect merchant ships from piracy off the coast of Somalia and around the Horn of Africa. Moreover, in 2020 Belgium will participate for two months with one frigate with a crew of 175 to the maritime squadron Standing NATO Maritime Group 1 (SNMG1) consisting of four to six frigates and destroyers, and one command ship. Additionally in 2020, for four months, a frigate will accompany French aircraft carrier Charles de Gaulle as bilateral aid to a European partner (France).

Every year a Belgian minehunter takes part in the operations of the Standing NATO Mine Countermeasures Group 1 (SNMCMG1). This year SNMCMG 1 had a Belgian officer as chief of staff of the maritime squadron and Belgium deployed the minehunter M916 Bellis (picture) with a crew of 45 sailors. Their mission ended on the 17th of April.

The Navy’s motto in its coat of arms is non-multa sed multum, not quantity but quality.

The Air Component has a high technicality of aircraft and the effectiveness of missions around the world. Their devices are used for air interdiction, targeted bombardments, air police, transportation of humanitarian aid, international training or support to the nation. Plans and helicopters operate where their presence is required.

The Air Component has been active since October 2014 in the Middle East. Six F-16s supported ISAF land troops between September 2008 and October 2014 in Afghanistan. Six other F-16s participated in the defence of the civilians in Libya in 2011, victims of the authoritarian regime of Gaddafi. Moreover, C-130s can be deployed for the evacuation during serious local crises in Central Africa.

When the Baltic states joined NATO in March 2004, Belgium was the first country to protect their airspace as part of the Baltic Air Policing operations. Since then, Belgium has taken command seven times. Each mission lasts four months, monitoring the skies day and night. The Belgian F-16s carry out emergency interventions: they escort any aircraft without a flight plan until they leave the guarded zone. In 2020, Belgium deployed a detachment of four F-16s and some sixty soldiers at a base in Lithuania.

The Belgian military considers its people as its greatest assets. That is why health is one of their priorities. A soldier who is not in good health cannot perform his mission properly. The Medical Component provides medical support during military operations, during education and training of the entire staff and during national relief actions, for example in case of disasters.

During foreign operations, military personnel must be able to count on medical support of the same quality as in their own country. The Medical Component provides primary care, specialised support, medical logistics assistance, veterinary medicine and hygiene control.

The Vigilant Guardian Operation takes a part in the fight against terrorism on Belgian national territory. Defence has been providing support to the Federal Police since January 17, 2015. The soldiers offer permanent support to the police on the streets. The VGO helps the population to feel safe.

This operation is to support the police in ensuring nuclear installations since March 2016.

NATO member states approved the Readiness Action plan in response to Russia’s position on the Ukrainian crisis. This plan included various protection and adaptation measures to the collective defence of NATO. They take a firm and united defensive position to limit the increase of conflict. As a NATO ally, Belgian Defence takes a part in this operation and contributes to various fields: on land, at sea and in the air (see Air component: Baltic Air Policing)

MINUSMA (United Nations’ Multidimensional Integrated Stabilization Mission in Mali) is a United Nations peace mission in Mali with objectives to stabilize the country and support the political process. Belgium has been part of this mission since 2016.

In 2020, Belgian Defense will continue to participate in the United Nations Multidimensional Integrated Stabilization Mission in Mali (MINUSMA). five soldiers at the headquarters (intelligence center) in Bamako, a dozen specialists (analysts and field agents) at the German Intelligence, Observation and Reconnaissance Unit (ISR) in Gao and about 55 soldiers in a multisensor platoon at the same German unit.

EUTM: The European Union Training Mission is an international training mission of the European Union to train the Malian army. Belgian soldiers provide training and advice in the areas of command and control, logistics, international humanitarian law, the protection of civilians and human rights. Fifteen Belgian military personnel will take part in the EUTM Mali mission in 2020, especially in the consultative pillar. In this context, they can also provide targeted support for the development and operationalization of the Force Conjointe G5 Sahel (FCG5S).

The two detachments in Bamako (EUTM et MINUSMA) are supported throughout the year by a National Support Element (NSE) of fifteen soldiers. The Joint Support Detachment (JSD) in Gao in turn has 25 soldiers.

In order to better analyse the situation in the Sahel for the Belgian detachments in the region, and also to stimulate and increase the exchange of information, Belgian Defense will deploy three soldiers for the entire year 2020 at the headquarters of the French Combined Joint Special Operation. Task Force in Gao. With that effort, Belgian Defense can also better analyse the possibilities itself, with a view to a possible participation in the French operation Barkhane.

In Afghanistan, Belgian soldiers are participating in Operation Resolute Support mission (RSM). This NATO operation began in 2015. The purpose of this operation is to support, advise and train the Afghan security forces at the national and institutional levels (equivalent to the army corps and police headquarters). This mission follows the ISAF (International Security Assistance Force) mission which ended on December 28, 2014. Belgian Defense will continue its participation in the RSM operation in 2020. The engagement of Belgium will be represented by a detachment of just over 100 soldiers.

Due to its geographical location, Niger faces serious security concerns. Violent extremist groups are ravaging the region accompanied by terrorism, piracy, international crime and smuggeling, inducing illegal immigration and refugee flows. This unstable situation has a negative impact on the security, prosperity and well-being of European citizens. Hence, Belgian Defense wants to help tackle this problem by strengthening military capabilities and supporting the country in its fight against terrorism. As bilateral aid to Niger, that contribution has also been coordinated with other partner countries in Niger such as the US, Canada, Germany, France and Italy.

In 2014, the USA formally established a Combined Joint Task Force – Operation Inherent Resolve (CJTF-OIR) in order to formalise ongoing military actions against the rising threat posed by ISIS in Iraq and Syria. Belgium is committed to tackling the threat posed by Daesh, addressing the challenge at home and abroad. Belgium participates in the Coalition’s military and diplomatic efforts, including building the capacity and resilience of Iraq’s Security Forces. Belgium also plays a full part in the humanitarian response to the region

Belgium has many other active operations in partnership with host nations. From Algeria to Jordania, from the Sahel countries to Zambia and Congo and within various NATO operations, all over the world the Belgian military presence is ensured in a constructive manner. They improve the security of the population, improve relations with other countries or train foreign forces. Some assignments are rather small in size and visibility, but should not be underestimated.

You cannot perform foreign operations without proper preparation. Every soldier who will leave for an operation zone must therefore participate in exercises for two to six months a year.

Passing those Joint Individual Common Core Skills (J-ICCS) is a prerequisite for deployment. Every soldier must have certain basic skills: first aid, military security, knowledge of the law of armed conflict, shooting or defense against a chemical, biological, radiological or nuclear threat (CBRN). If they are assigned to a foreign unit, the Belgian military also follows a two-week training course with their foreign colleagues.

The highlight of the preparation are large-scale immersive exercises ensuring readiness for real situations in the field. This allows the military personel to sharpen their feeling for the terrain and finetune cooperation in groups. Depending on the assignment, the detachments follow a Certification Exercise (CertEx), Mission Rehearsal Exercise (MREx) or Serpentex. If everything goes well, the detachment will receive the ‘mission ready’ certificate.

Other courses complete the preparation: psychological and physical guidance and explanation about the culture of the population in the operating zone. When Belgian soldiers leave for faraway places, the armed forces leave nothing to chance.

Like everywhere in Europe, Belgian defence has been supporting civilian authorities in the fight against the global pandemic.