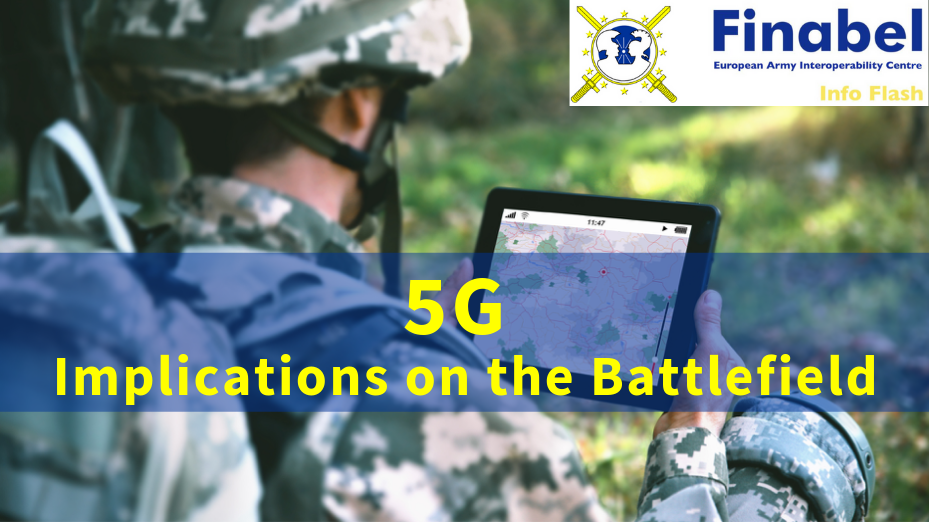 The introduction of 5G into the military domain will have significant strategic and battlefield implications. Perhaps most obviously, the next generation of telecommunications infrastructure will have a direct impact on enhancing military communications. However, it will also produce cascading effects on the development of other kinds of military technologies.

Specifically, 5G could play a role in an aspect that has been talked about for a long time in military circles: hypersonic weapons. Currently being developed in Russia, China, the United States, and France and, allegedly, ready for 2022, supersonic weapons will travel at Mach 5, five times the speed of sound, or about 1.6 km per second. These weapons would fly at very high altitudes, with unpredictable trajectories, and will be able to easily evade existing missile defence systems. Intercepting these weapons will therefore be extremely difficult.

This is where the need for 5G comes in. An aircraft carrier, a military base or even a city will have less than a minute to react to an incoming hypersonic missile. Therefore, if you want to have any hope of defending yourself from these hypersonic weapons, you will need to have, along with conventional intelligence, great real-time processing capabilities of data relating to objectives and trajectories. And therefore 5G.

The high-frequency, short-wavelength spectrum, known as the “millimeter wave” that allows speeds greater than 1 Gbps on 5G networks has a potentially vital military use. This is exclusively short-range connectivity, therefore perfect for creating “smart” military bases and command posts. For example, when placed around the perimeter of military bases, cameras that are based on the millimeter wave, in addition to technologies that have motion sensors, will give real-time communication between command centres, vehicles, and other elements, and therefore increase the safety of the base, as well as the speed at which commanders can act if problems arise.

“A reduced signal range is not a problem,” says Gary Martin, a former member of the US Army Program Executive Command Control and Communications – Tactical Office (United States Office that provides the US Army with all the communication technologies and equipment). He adds “In some cases, we do not want the signal to spread too far because the enemy could intercept it”. From this point of view, 5G is perfect. On the battlefield, speed is everything and the lower latency of 5G, combined with the greater capacity of this technology, will allow armies to share more data such as maps in real time, photos of battle scenarios, and computer simulations.

According to a recent report published by the US Defense Ministry’s Innovation Council, “the true potential of 5G will be its impact on the war network of the future. This network will benefit thanks to a larger number of less expensive, more connected and more resilient systems capable of operating in a rapidly evolving battle scenario”. Furthermore, 5G will establish fragmented networks in a single network “to promote greater awareness of the situation in which we find ourselves and better decision-making. Positive impacts will also occur at the level of logistics and maintenance”. It will also have a huge impact on the C2 procedures and doctrines.

An often-overlooked part of the 5G concerns mMTC (massive, Machine Type Communication), or the part of 5G that will allow you to connect up to one million devices per square kilometre. In short, it will be possible to have sensors that collect and share data using the 5G network. With a smartwatch and wearable devices, it will be possible to have lots of information to share about soldiers: from their vital parameters, such as heart rate, blood pressure and fatigue, up to their geographical position.

Then you could even get to use augmented reality devices similar to Google Glass, a bit like those already supplied to pilots, but with real-time data transmission. However, the amount of information and its transmission on the battlefield will change radically with 5G.

Unmanned aerial vehicles (UAVs), commonly known as drones, are already included in the military aeronautics of various countries. However, they do not transmit and share images in 4K in real time with C2 centres and units engaged in battle.

With 5G, 4K videos, object detection, faster data processing and artificial intelligence will arrive (Project Maven is a good example in this sense), which will contribute to the success of reconnaissance missions by providing information to units on what they may be facing. In all, 5G could have tremendous advantages for the military going forward.

Cyberattacks: A threat that unites military and civilian actors?